Today, due to reduction in the modern family unit, there is a growing demand for food packages that can be resealed a few times after the first use. 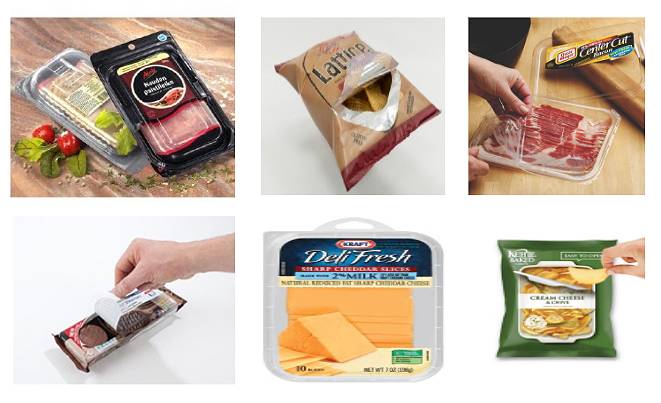 Reclosable can be used in wide variety of food packaging in different shapes and styles. Our solution is focused on applications where film is sealed to a tray.

The “Reclosable Adhesive” is an Olefin based compound. The adhesive exhibits elastomer-like behavior and comes in a dusted free-flowing granulate. The product is suitable for cast and blown film extrusion. 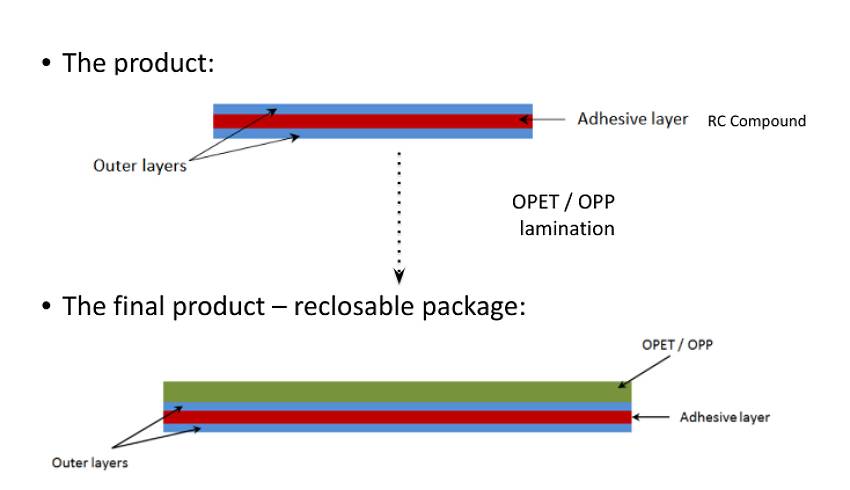 When light force is applied on the film, the two adhesive layers will unite to achieve reclosability. Further openings will be easier due to already made failure (at the split line). 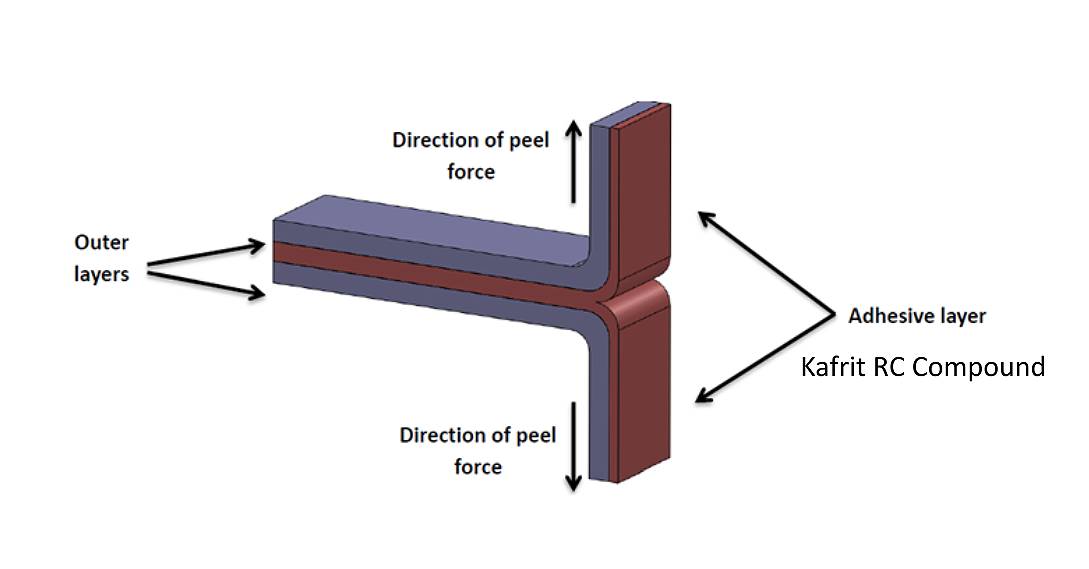 The product is in line with market requirements: quality and performance. It’s working in a three-layer structure and also with more complicated ones, including barrier films or multi-layer structures (5,7,9 layers).

Other information: It’s recommended to add 5% Silica based Anti-block MB to the seal layer – for better unwinding:

RC 0C9312 LVD is Olefin based adhesive, to be used in polyethylene film.

Polymer selection (LDPE): The LDPE is good for sealing (Lock Seal). If lock seal is reached, there will be no effect on the reclosable properties. We examined a wide variety of LDPE’s. There was no effect on the product’s performance.

Recommended Extruder: smooth barrel extruder with cooling at the screw and under the hopper.

Storage conditions: This material has limited shelf life, dependent on the storage temperature. Store in a closed warehouse under lowest temperature possible. Check every month if re-massing of the pellets occurs. In case of blocking, it may be needed to rake the material before usage.

In cooperation with Poleg (A member of Polyfilm Group)